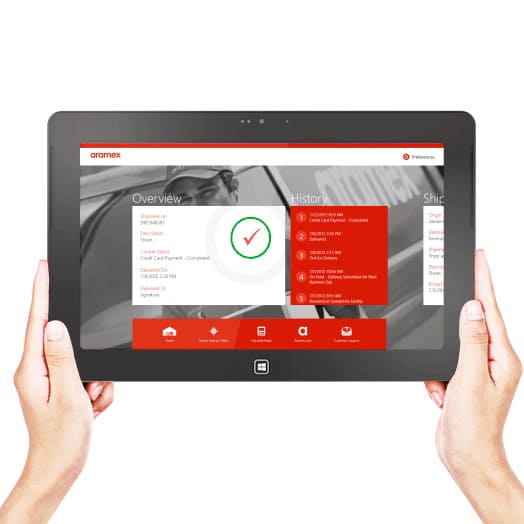 After developing the earlier versions on Android and Windows, Aramex asked us again to develop a new version prior to the release of Windows 8.

Aramex, a local and global leader in logistics and transport, asked us to redesign their existing Windows Phone app for Windows 8.We’d previously ported the Aramex iPhone app to the Windows Phone platform. This time it was Windows Phone to Windows 8, Microsoft’s latest operating system.

We needed to redesign the app from scratch but because Windows 8 hadn’t yet been released we did it with completely new technology – the new design language for the new platform, early preview versions, and beta stage software development kits.

Since we’d built the original Aramex apps for both Android and Windows we had a clear understanding of the functionality and features required so could go straight to the design phase: first the app flow then the UI of the application.

We followed the Windows 8 Metro (design language) guides as closely as possible so the app would feel like a part of the Windows 8 system.

We also designed the app in line with Aramex’s own branding, including the attractive icons we introduced for the navigation elements.

We added large images but kept the UI clean and easy to use.

Once the design was approved we moved to the development phase – we translated the design into XAML UI, built the different views for the app, and developed the functionality, including connectivity to web services.

Users track their Aramex shipments by entering a tracking number, which gives access to both the status and history of the shipment.

The application stores all your tracked items and gives quick access to check for updates.

The app can be pinned to the new Windows 8 Start screen where users can view live updates of all tracked shipments.

Users may also search address information and a map for office locations.

The Aramex Windows 8 app was showcased and launched at GITEX by Microsoft, together with other apps developed by Prototype.

Aramex customers around the world using Windows 8 tablets can now track their shipments from their Start screens, and Aramex cements its reputation as a leader of innovation, customized services, and logistics solutions. 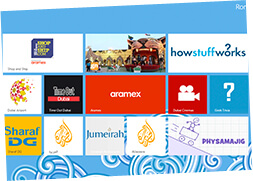 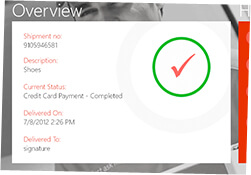 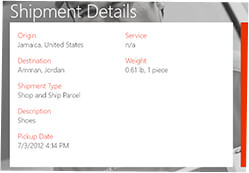