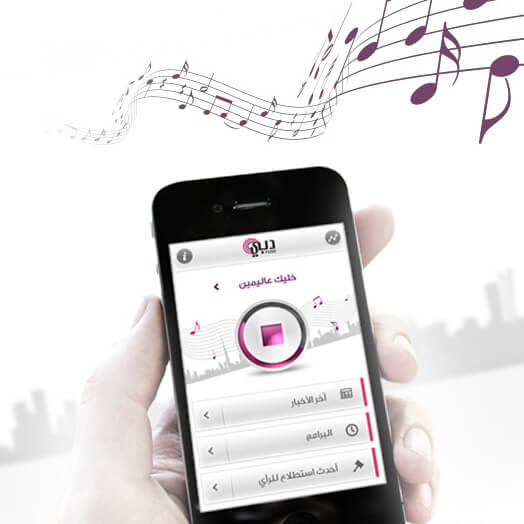 Prototype was appointed to design and develop the Dubai FM iPhone application that includes interesting features beyond the standard radio streaming app.

Dubai Media Inc. wanted to add the missing factor to their iPhone application for the radio station Dubai FM.

‍Prototype was appointed to design and develop the application as well as adding some interesting features that would go beyond the standard radio streaming app including the ability to record messages and send them directly to the station.

The client wanted to have an app that was giving users the ability to interact with the radio station and become a companion rather than a pure listening experience. The Task was to create a native iPhone application which would reflect the brand of the radio station, is easy to use as well as provide users with a unique experience.

We first started analyzing the requirements and planning the application flow: the most important step to build a successful mobile app.

This was done by prioritizing the app features using stats as well as looking at the overall project objectives. These rough sketches and wireframes became the building blocks for the detail design of the application.

We introduced a clean modern style for the app which focused on minimal graphical elements, simple icons and a fully custom designed user interface. For example: simple animations on the home screen that react to the accelerometer of the phone and generated based on how the user holds the device. These animations completed the simple yet intuitive application design.

The core feature of the app is to stream the live broadcast from the radio station. However, in order to create a 2 way communication channel using the mobile app we introduced features such as show rating, Twitter commenting and audio recordings.

The audio recording feature allows the users to record a 30 second message and send it to the radio stations RJ right from their mobile device. The feature gives Dubai FM a unique way to interact with their audience.

A custom developed web service would feed information from the station back into the app, such as the program schedule or other dynamic updates.

The result is an intuitive iPhone application with clever features that make it stand apart from the competition. 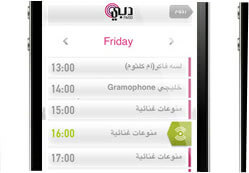 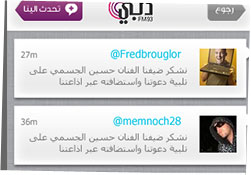 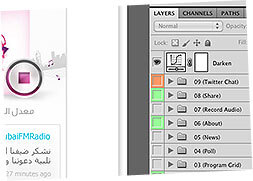