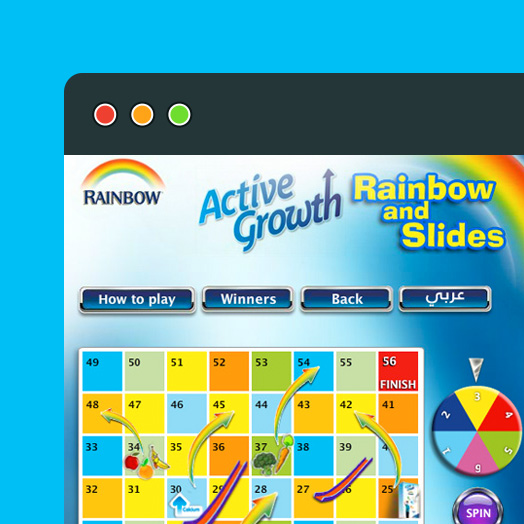 The game concept was based on the original snakes and ladders game where the user has to cast a dice and move along the game board, avoiding slides and catching rainbows. The game was targeted towards the younger audience of Rainbow Milk as well as parents that could let their children play this simple yet entertaining game. A competition where the fastest players could enter a weekly draw to win prizes was part of the campaign. The game itself was a great success as it increased the time spent with the brand on Facebook and resulted in more fans for Rainbow Milk.